Well here it is our first post only about two weeks later than originally planned, but with so much exciting things happening at the Papeterie over the next few weeks i thought i better get started.
For those of you who have not heared we are having a Spring into Summer Designer challenge with a top prize of £100 worth of crafting goodies which closes on Saturday. So it is still not too late to send in your entries, you can enter as many cards as you like the only catch is you need to use something sold at the Papeterie. All the cards will be put up on the blog after the competition closes so that you can see the work of our talented entrees.
Speaking of putting up photos I will pop up some photos of our Craft Night, which was held on the 7th of April over the next few days. For anyone who has not been to one you are missing out they are a fanastic way of meeting lots of new crafty friends and learning new techniques.  I would have popped some up tonight but my dog is not too happy about the computer being centre of attention rather than him.
But at least now i have made a  start to the blog and i will keep updating it, i have a strange feeling that like crafting it may become quite addictive.
speak soon
Charlotte x
By Papeterie at April 26, 2011

yay, welcome to blogland Charlotte. Can't wait to see some pics and I'll be over on Thursday to drop off my competition entry
Debz
xx

Glad to see you're now up and running. I too will be popping in with a last minute entry for the competition. Suze x

Oooooo I have heard lots of good things about the Papeterie! Will need to come for a visit next time I am over your way seeing my sister!

welcome to blogland!! :) Will have to get to work on the challenge and will pop over before Saturday with my entry.
Lora x

Welcome to Blogland, Charlotte. Looking forward to seeing you and working with Kath and Debbi on the 28th.
Happy Blogging
Anne x 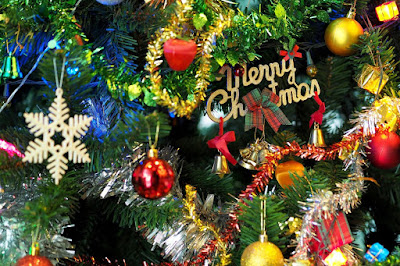 Please note, all content including photographs and pictures on this blog are copyright to The Papeterie unless otherwise stated. Please do not copy them without our express permission

Effective immediately we will now be selling the following by mail order
deep box of Iced Silver/Iced Gold/White Gold card £15
shallow box of Iced Silver/Iced Gold/White Gold paper £15
deep box of Diamond White smooth/Diamond White wove and any of the colours£6
up to 6 deep boxes (or equivalent shallow boxes) can be sent for a flat rate of £16 courier delivery (certain postcodes attract an extra charge)
To order please call 01224 802486
As we are a factory outlet, selling excess stock. end-of-runs etc, we are unable to guarantee a continual supply of any colour or weight. Therefore, when buying paper/card for a specific project please ensure that you purchase sufficient materials

Promote your Page too